The History Behind Australia’s Top 6 Most Iconic Desserts

The History Behind Australia’s Top 6 Most Iconic Desserts 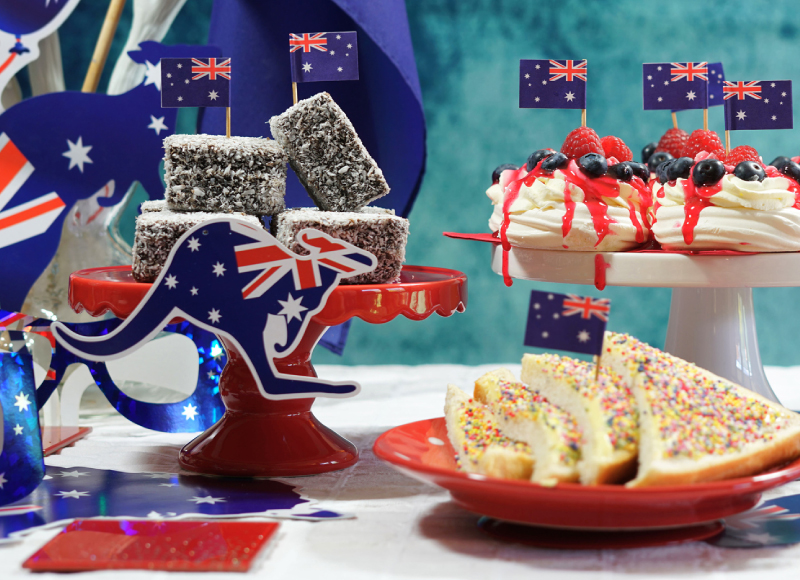 Australians have a proud and rich history of creating sweet treats with an Aussie twist. Although we may be better known for our barbecuing skills than our baking, there are many iconic Australian recipes made from simple ingredients and often paying homage to our British roots. Here is a sweet history of our country’s most famous and delicious desserts. 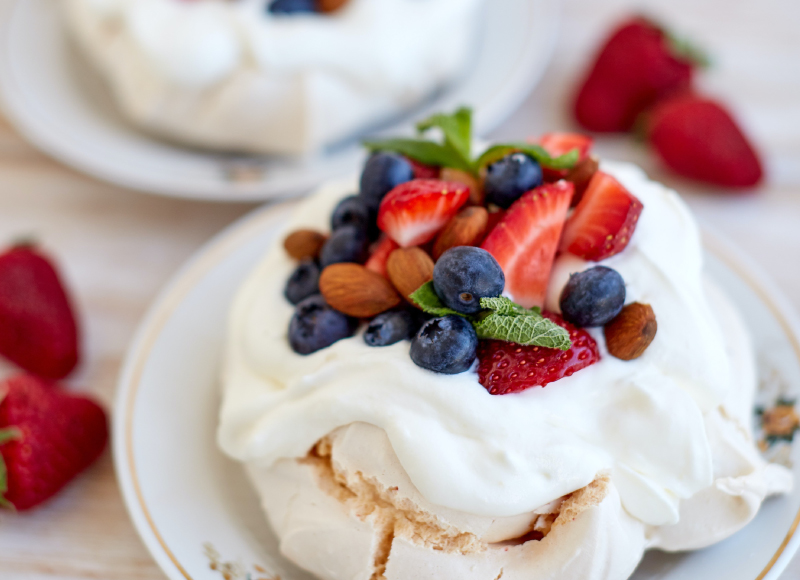 The quintessential Aussie dessert is the Pavlova. A soft marshmallow encased in a crisp but delicate meringue shell topped with whipped cream and your favourite assortment of fresh fruit.

The pavlova was named after a Russian ballerina Anna Pavlova, who toured Australia and New Zealand in 1926. As the Australian story goes, a hotel in Perth invented the delicacy after it was described to be “light as Pavlova”. Although the name sounds foreign, the dessert is entirely local and the fruit used to top a pavlova is typically an array of fresh berries and passionfruit. 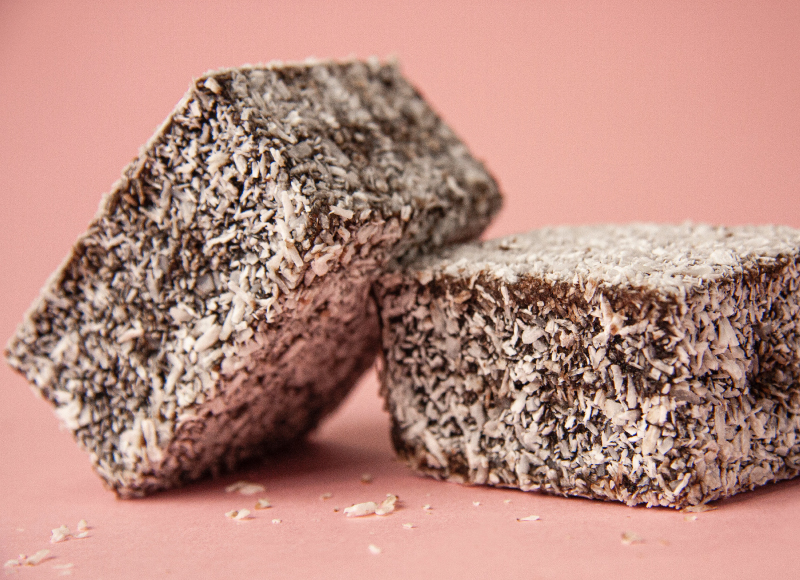 Another beloved Australian dessert is the famous lamington. A light sponge cake coated with melted chocolate and then smothered in coconut. It is believed that the humble lamington was crafted in sunny Queensland during the twentieth century when Lord and Lady Lamington governed the state and they had their French chef throw together a last-minute delicious treat for their guests. 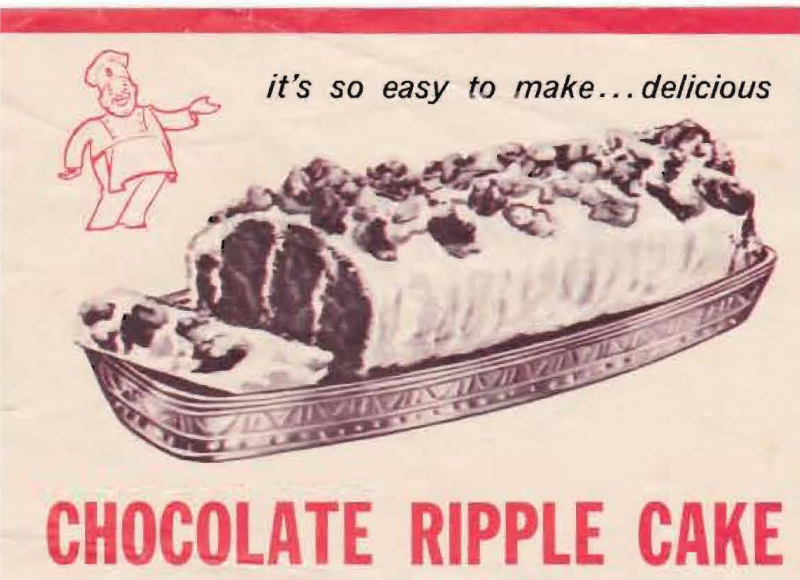 When it comes to quick and easy desserts, a chocolate ripple cake is hard to beat. Made, quite simply, by sandwiching store-bought ‘Chocolate Ripple’ biscuits together with cream, covering the outside with more cream and then refrigerating overnight. The first time this beloved dessert was featured was in 1933, not long after Brockhoff’s Chocolate Ripple biscuits were introduced in the early 1930s. Unsurprisingly this cake quickly became a party must-have and is still popular today! 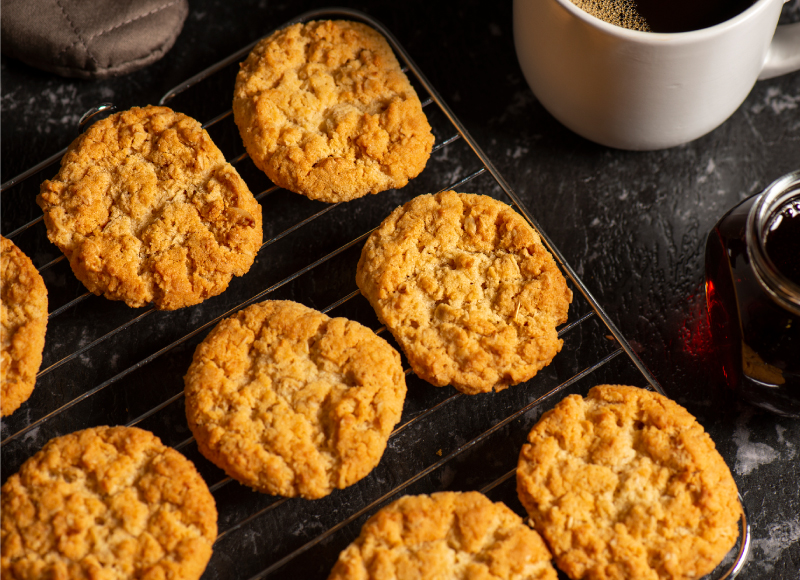 The humble Anzac biscuit is one of Australia’s most historic. Made by combining flour, rolled oats, sugar, butter, golden syrup and coconut, these cookies are named for, and strongly associated with, the Australian and New Zealand Army Corps (ANZACs) as they fought in the World Wars.

It is rumoured that the biscuits were shipped to the ANZAC soldiers during the wars as the ingredients did not spoil easily and the hardy biscuits travelled well during transportation. The biscuits can be baked to have a soft and chewy, or solid, texture, and the debate still rages in many households over which is better. 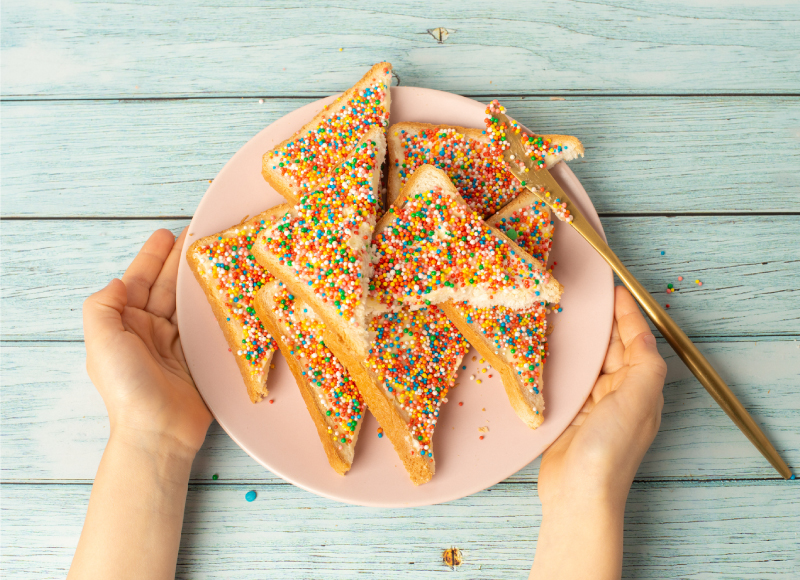 It would be fair to say that almost every child in Australia has attended, or hosted, a party that features Fairy Bread. Fairy Bread has become a staple of children’s parties and it’s no surprise why when you consider the ingredients and the simplicity of putting it together! The first reference to putting hundreds and thousands on buttered bread was in the Hobart Mercury in 1929. The buttered bread topped with 100s and 1000s was a party treat for children at the Consumptive Sanitorium. It is now a widely served treat and can be made using a variety of sprinkles including chocolate – as in parts of Europe where this has been done forever. 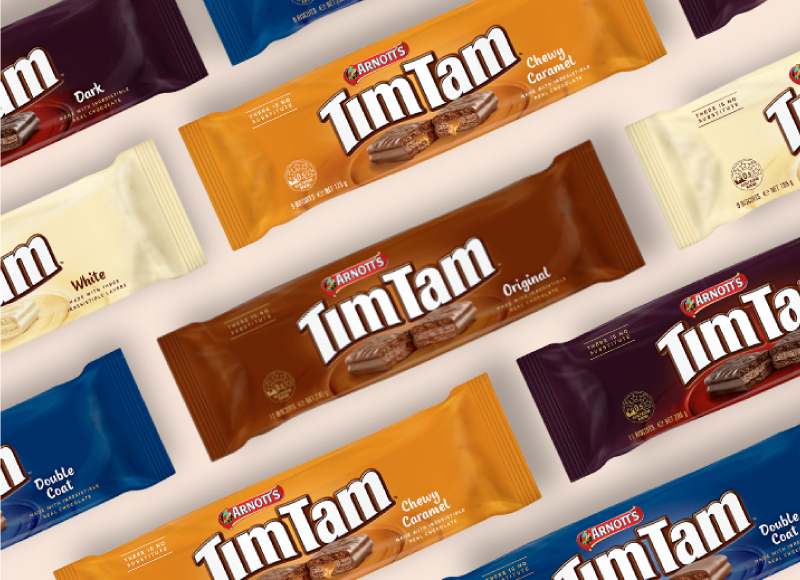 The classic Australian Tim Tam biscuit was invented by a man named Ian Norris, who got the idea from the British Penguin biscuit, two chocolate-coated chocolate biscuits filled with chocolate cream. Inspired by this British delicacy, Norris set out to make “a better one”. In 1964 the first Tim Tams were manufactured by Arnott’s Biscuits and quickly became an iconic Australian treat. The Tim Tam was named by Ross Arnott, who attended the Kentucky Derby in 1958 which was won by a horse named Tim Tam, and decided this was the perfect name for a new biscuit line.

The ‘Tim Tam Slam’ is a popular, novel and delicious way to consume the biscuit. A small bite of Tim Tam is taken from opposite corners and the biscuit is used as a straw to drink your favourite hot drink (usually milky tea), thereby softening the biscuit and melting the outer layer of chocolate – at which point the biscuit is eaten. One for kids and adults alike!

We’ve helped develop many mouth-watering, delicious desserts that have delighted and excited customers everywhere, inspiring them to come back for more. We’d love to work with you on your next dessert innovation or discuss how you can offer this exciting new treat to your customers. Click the button below to book a time to meet.

"Just ordered pizza and a Chocolate Mousse, I'm like 'this mousse is awesome!'" - Tim, VIC